MAQE has built a robot called MAQE Bot which walks in 2-dimensional plane (X, Y coordinate). It can only turn left or right, and walk straight. It also knows of its current position (X, Y) as well as its direction (North, East, West and South). In order to command MAQE Bot to walk, it must be input with a walking command. The walking command can be represented with a string consisting of three alphabets R, L and W and a positive integer N to indicate the distance of how many positions it has to walk which can be explained as follows: 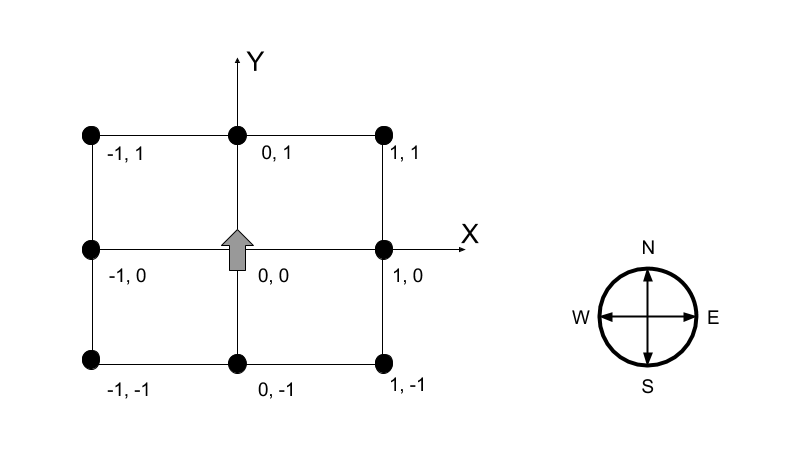 For example, the walking code of RW15RW1 means

Your task is to create a command-line based script in any programming language of your choice. The script accepts a command line argument as an input string of the walking code and print out the result of the last position (X, Y) of MAQE Bot and its last facing direction (North, East, West or South).

Note that the output is case-sensitive.

A sample of a running script in a terminal with the input of RW15RW1:

Feel free to use the internet to look up any coding references, but please do not ask anyone else for help. We want to see how you code.

When you have finished all required tests email your completed files (including your resume and cover letter) to recruit@maqe.com.